Great Pyramid Explanation great pyramid pharaoh | images of pyramids of giza in egypt | who built the largest pyramid 10 What if they were not handles ?

10 What if they were not handles ?

Inside the Great Pyramid were discovered some ducts (called Ventilation Ducts) of a nearly square section, with sides of about 20cm.
Two of these have their origin in the north and south walls of the King’s Chamber.
They cross longitudinally the granite blocks that constitute the walls of the chamber and then continue upward.
The southern shaft follows a straight path, while the north, going up, initially curves towards the west (to avoid the intersection with the structure of the Grand Gallery).
The two slopes are not identical, however, due to the asymmetry of the starting point, but the two external exits are located approximately at the same height (the difference is less than one meter) and the surface area of their cross-section about nine times more than the lower one. 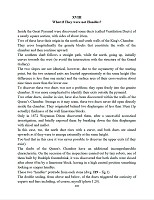 10 What if they were not handles ?