Hard to know exactly what happened then, but the death of Khufu must have created a vacuum in the power structure which probably caused the interruption of the planned closing of the pyramid, or more simply, serious problems occurred in the lifting of the blocks making it impossible to proceed as planned, or maybe both...
I regret the fact that the work, though not totally abandoned, were finished in a very rough manner, thereby decreasing the efficiency of the device designed by Hemiunu by 90%.
I console myself with the thought that if everything had been carried out as planned, it would have been difficult to enjoy today the wonderful work that we see; it would then seem quite bland, such as happened with the Pyramid of Khafre. 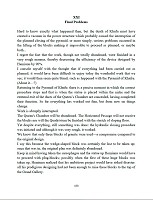